The Envisage project organized a track at ISoLA 2014 on Engineering Virtualized Services. The event took place in the Hotel Imperial, Corfu, Greece on Wednesday, October 8, 2014.

Virtualized computing services, such as cloud services, create new opportunities, but also pose new challenges for users and providers alike. Over-provisioning of resources and compensative penalties for breaching an SLA are among the only too real downsides of virtualization. At the same time, formal models of software services and advanced static analysis tools promise vast improvements of productivity and cost effectiveness in cloud computing. This track explores the state-of-art in modeling of services deployed on the cloud and in the formalization as well as verification of SLAs.

The ISoLA Symposium is a forum for developers, users, and researchers to discuss issues related to the adoption and use of rigorous tools for the specification, analysis, verification, certification, construction, test, and maintenance of systems from the point of view of their different application domains. To bridge the gap between designers and developers of (formal methods based) rigorous tools, and users in engineering and in other disciplines, it fosters and exploits synergetic relationships among scientists, engineers, software developers, decision makers, and other critical thinkers. The proceedings of ISoLA 2014, including the Envisage track, were published by Springer as LNCS 8803. 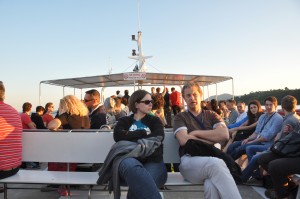